The campsite is just outside Visegrád, at the foot of Mount Nagyvillám. The facility was commissioned by the Pilis State Forestry. The reception building and the janitor’s house are structures of bent and glued wood. Raised on a hexagonal floor plan, the Gothicising framework is supported by a column in the middle. The mass of the building can be divided into two distinctive parts: one resembles an old dry mill, while the other resembles the crown of a linden tree with the central column fanning out into side support poles.

Several small service facilities were also built at the site together with the reception building. Bathrooms, kitchens and dining areas, a boiler house, a spa and a storeroom. These are supported by a wooden framework covered with thin board cladding. One half of the dining and cooking building next to the forest grows into a lean-to roof while the other half is an ell. The floor plan of the lavatory block resembles an ancient symbol: they are like two double spirals facing each other. In Makovecz’s oeuvre, this is the first direct architectural adaptation of the structural analysis of folk art patterns. Built of wood and soil, the forest dining house consists of three crescents. The cooking units are covered with small roofs while the dining area is under the cupola of the surrounding trees. The elements of this creation appear to be furniture items in a cathedral made up by the forest itself. Instead of the accommodation units in the original design, yurt-shaped tents were erected on the site, hence the name “yurt camp”.

“Built of wood and soil, the building was designed to function as an eating and gathering place. The roof cover of each unit points at the centre of the entire crescent structure. The site of the three large crescents was selected to be right under a natural cupola in the forest. A forest with tall trees is like a space with columns, like a church. In a forest, you must build houses that function as furniture in that space. The forest itself covers the dining house. You need to see the built structure and the natural one together; both are living creatures, since “trees are people”. If they raise a colonnade around us, and if we search for building forms that fit that colonnade and add the right approach to our technological capabilities, the result is this kind of building. They emerge from the ground or, if you like, the Sun pulls these flower-cups out, opens their petals and the entire thing is surrounded and covered by the creatures that collectively we call trees.” 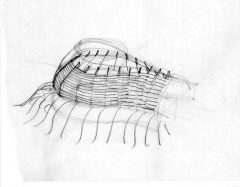 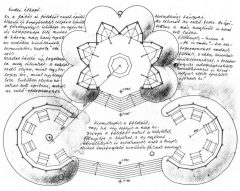 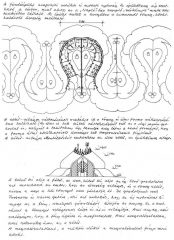 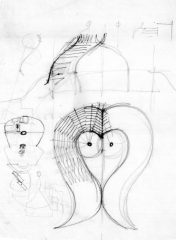 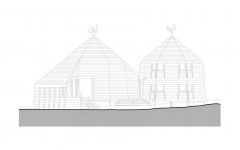 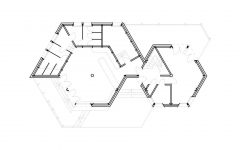 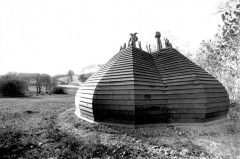 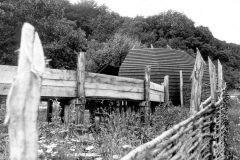 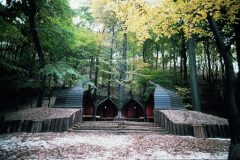 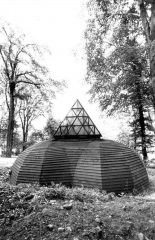 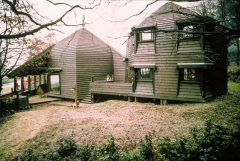 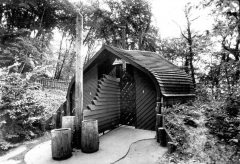 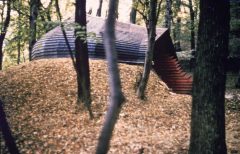 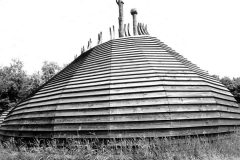