The Waldorf pedagogical method is based on Rudolf Steiner’s anthroposophy. According to its worldview, man should be surrounded by spaces that are not alien to him but in which nature and man co-exist harmoniously, almost organically. Built in the late 1980s from funding support provided by a German foundation, the kindergarten is emblematic of the cooperation between the different ethnicities living in Solymár. The two central masses that recall local Swabian architecture are set between two yurt-like structures. The former accommodate the servicing functions, the latter the community spaces. These units are embraced towards the courtyard by one large roof that is supported by a furnace chimney. 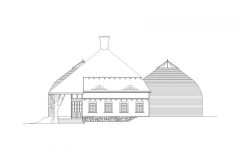 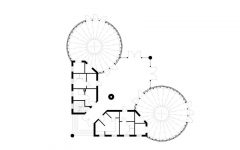 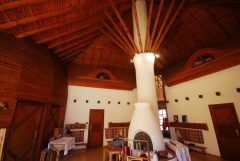 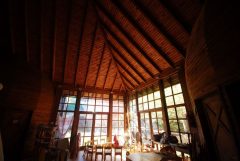 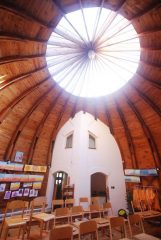 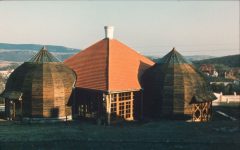 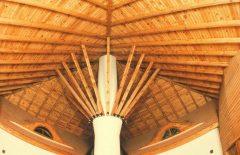 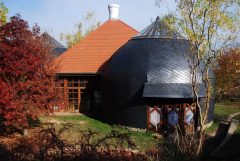 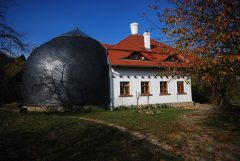