“Regardless of the editing approach used, in fact I always strove for the same result: An image. I wanted to create houses that more or less resemble a human being. In a real way!”… (Interview by Dezső Ekler / I. Makovecz, epl Publishing House, 2015 )

The early designs of Makovecz may seem strange to those not familiar with Rudolf Steiner’s architecture. The restaurant in Berhida, the first authentic Makovecz building is closely related to Steiner’s second Goetheanum. The same expressive forms. As if the building had been shaped by its internal forces. As if the shape of certain parts were bringing the structural forces alive. Makovecz rendered a concave shape to the front which magnifies the building into a huge embrace, transforming it into a surreal vision of an immense being. (Dezső Ekler: Catalogue of the Vác exhibition, 1983) 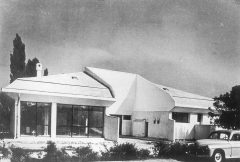 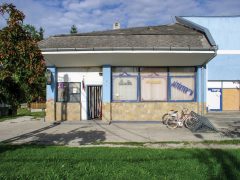 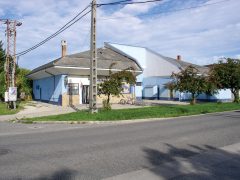