“The Stephaneum houses the main auditorium, which also functions as a theatre, as well as the small theatres, all the offices of the university and a student club. A ceiling of roofs running sideways like wings conveys the shapes and colours of a forest canopy. The auditorium and cupola of the auditorium maximum join this structure, with their architecture reminiscent of gothic stylistic features. The statics show the metamorphosis of a wooden structure, as the concrete head starts out on the columns and then divides into branches, continuing in cemented wooden structures, together constituting the building’s principal supporting structure. Slanted like a rising gate, the stage is connected to the auditorium. Its architecture is Roman, just like the structure of the cupola. Each cupola has specific acoustics. If I stand in the centre of a vertically placed hemisphere, my voice returns to me when I speak. If I stand by the cupola’s edge and talk, people standing at the opposite edge of the cupola will hear it perfectly. If I slant the cupola, the effect changes and approximates that of theatres where the spreading of sound is controlled. By installing the two cupolas in a slanted manner, I provide for controlled sound dissemination. I think that statics is one of the key elements of architecture, whereby a play of forces is created in the building and the structural elements communicate this game. In the case of the main auditorium, there is no separate interior design. …the static structure itself is the ornamentation.”

“The two architectural contents – the stage with its Roman architecture and the auditorium reminiscent of gothic architecture – emerge from one other, creating a connection that is perceivable to the right and to the left from the proscenium opening. This connection is constituted by the difference between the stage and the auditorium. A different world is present on the stage. We could say the stage is another sphere, one metasphere of life that is not identical to the auditorium. When on stage, you must behave, talk and move differently. There is a very powerful difference between these two parts of the Stephaneum building, i.e. the stage and the auditorium. My goal was to recall the world of classical forms, as in my opinion these must appear here at the Catholic university. Not only because we connect western Christianity and universality to Rome, but also because contemporary culture principally connects to Greco-Roman tradition.” 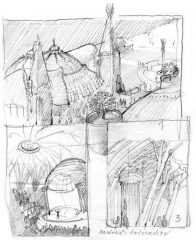 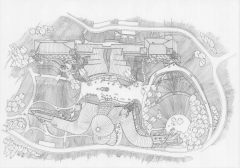 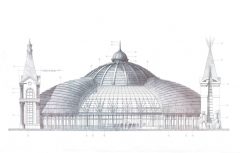 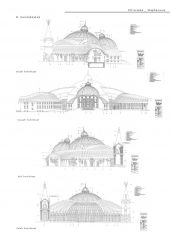 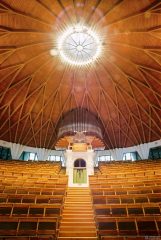 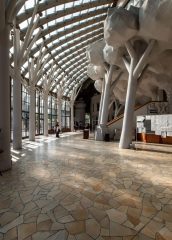 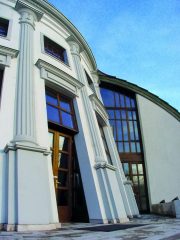 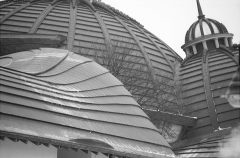 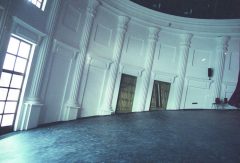 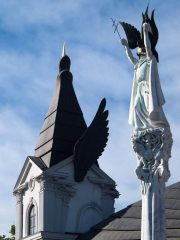 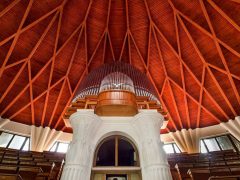 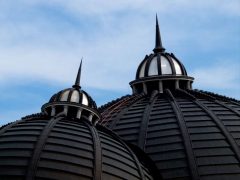