“The building is the spatial interpretation of an ancient sign. This sign (S) is a core sign in Hungarian folk art but it is also present in countless areas of Eurasia, in the areas of Celtic and Scythian cultures. What we built is the spatial variant of that sign. The ground plan consists of two symmetrically positioned S signs. The axis has an east-west position.
Although the two signs are congruent, owing to their position they mean the balanced opposites of light and darkness, man and woman, sun and moon or Yin and Yang. That is why the tower carries a moon and a sun figure; that is why the angel of darkness stands on one side and the angel of light on the other.
The androgynous notion of Christianity, Jesus Christ must be born from this pair of opposites. His statue stands in the middle, right above the altar and the statue of his 20th century representative, the archangel Michael, will stand in the middle as well, by the entrance, for the same reason.” 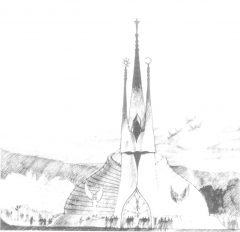 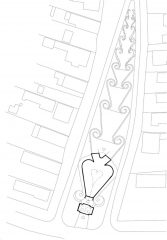 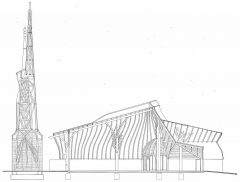 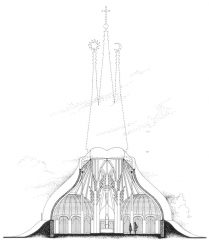 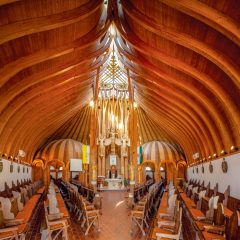 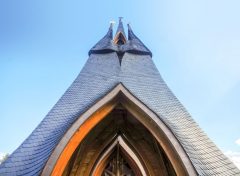 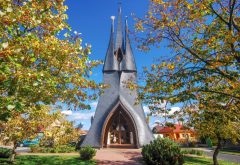 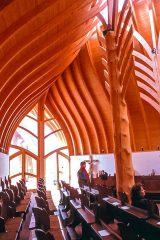 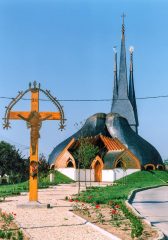 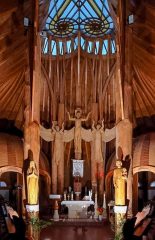 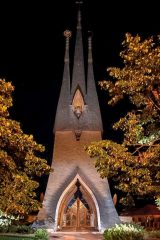