The Chapel of New Birth, Devecser

The Chapel of New Birth, Devecser

The task was clear, the path leading there was known: to build the Chapel of New Birth, with the local community and nature in mind. At the annual conference of foresters held in late 2011, twenty-two Hungarian forest management companies decided to build the chapel as a tribute commemorating the unparalleled joint effort and helpfulness that revitalized within a single year the areas flooded by red sludge.

Their endeavour is also a tribute to Imre Makovecz who is considered the chief architect of forests. Thirty-six students from the university of technology contributed three weeks’ work to the rebuilding project in the areas devastated by the red sludge disaster. They not only implemented the pergola-shaded playground, the design of which they picked together, but also helped construct the chapel.

They relentlessly helped with carpentry, nailed boards, plastered and painted walls, built earth mounds in the dog days of the summer. The village of Devecser was re-built in a single year, an unbelievably short timeframe, and at a very high quality both in physical and spiritual terms. Now it is home to the Chapel of New Birth, too. “And where will you build the church, son?”– asked Imre Makovecz when touring the construction site on Good Friday…. You draw it and we will build it! … So went the answer. Indeed, that was the missing bit that would make the development complete and that took it to an entirely different dimension. That is how this tiny, 30 square metres chapel was created, and ended up being the very last design of Imre Makovecz. The chapel was officially delivered for use on the second anniversary of the disaster, in the presence of priests from several Christian congregations.

The ecumenical chapel of New Birth is an example of one of Makovecz’s unique church designs types. As with most of his churches, the spaces are organized around a central point, representing the world with a centre. The pair of wings on the tower is a recurring motif in Makovecz’s architecture. In an anthroposophical sense, it symbolises the spiritual world and an angel. At the same time, vividness, a key category in Makovecz’s approach and thinking, is closely related to the very essence of the Chapel of New Birth, i.e. the rebirth of nature in the wake of the environmental disaster. 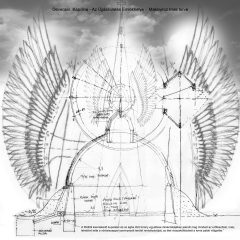 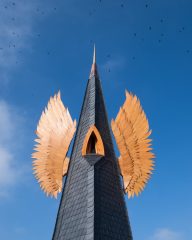 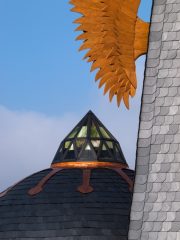 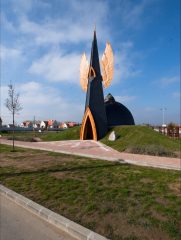 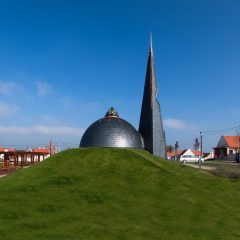 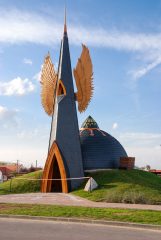 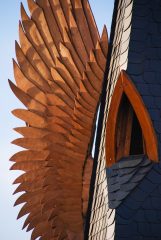 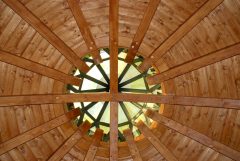 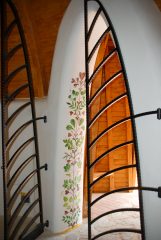 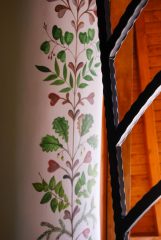 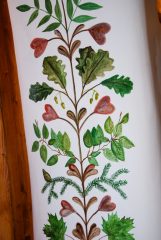 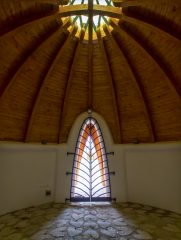 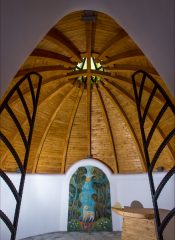 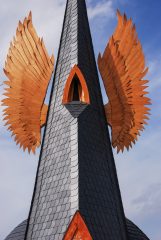