The local municipality of Zalavár first considered building a historic memorial park in Zala County in the late 1990s. In the 8-9th century AD, under the name of Mosaburg, the area was the eastern frontier of the Carolingian Empire, then it became part of the Greater Moravian Empire. This is where Cyril and Methodius evangelized on assignment from Pope Nicholas I, and where several churches were built in the same period. The Benedictine monastery and church of St. Adrian safeguarded the relics of the eponymous martyr.

That monastery was founded by King Stephen I in 1019. In 1998, the archaeological, environmental and architectural development program of Zalavár-Vársziget was completed, aiming to shed light on and promote the rich historical heritage of the area, developing it into a spectacle through showcasing the remains of some of the local strongholds and buildings. In the first step, the St. Stephen chapel and the St. Adrian Basilica were refurbished, then the government of Slovakia erected a Cyril and Methodius memorial. As part of the program, the creations of sculptors based in Zala County were added to the St. Stephen chapel in the next four years.

Imre Makovecz designed a Millennial Memorial Building for the Zalavár Historical Memorial Park, with a 12-metre high tree of life standing in the middle, with each leave of it representing a settlement in Zala County. The building has a principally informative function, while it also hosts exhibitions presenting the archaeological finds unearthed in the area and showcasing the work of creative artists living and working in the region.

The planned walkway starts from the Millennial Memorial Building and takes visitors through a series of local cultural heritage spots: the one-time bawn that protected the settlement, the place of the artisan village, the basilica, the chapel and the cemetery. Information boards placed along the walkway present the history of the Vársziget area and of historical heritage items that have been lost to decay or destruction by now. (Makovecz II, epl Publishing House 2015) 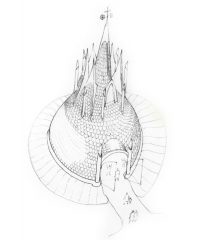 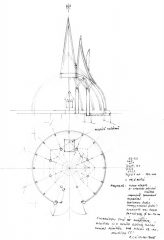 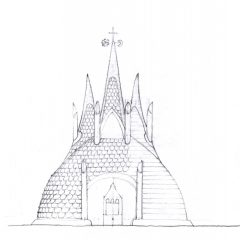 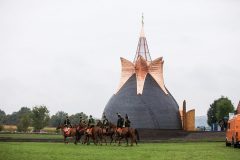 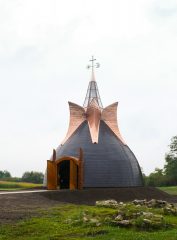 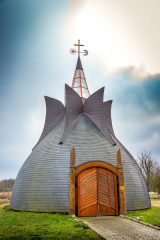 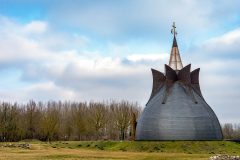 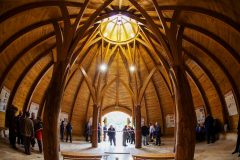 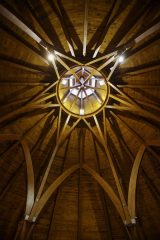