The creation of the office building on Kecske utca was the final instalment of a heroic story that forms a key element in Imre Makovecz’s oeuvre. His genius is not only understood in his buildings and philosophy, but also in his ability to recognize and turn into action mankind’s task beyond the individual, i.e. to think in terms of communities.

He realized this at a young age. Through private and free classes during the years of communism, struggling with severe dangers and obstacles, he devoted considerable energy into implementing the concept that held that turning thoughts into actions always requires communities. He carried on this approach in establishing the Makona Architect Office, the Károly Kós Association, in setting up the Architect School for Young Roving Students and the Visegrádi camps, and launching the Országépítő [Country Builder] periodical.

After all that he also established the Hungarian Academy of Arts that functioned in the same building for many years.

Thus the Kecske utca office building provided both a symbolic and physical home for all these community endeavours.

“Architecture is vividly tied into the development of communities. The drama of construction came to the fore, and the meaning of the building for the community that commissioned it became a key consideration. What this is about is that instead of just designing the building, another shaping force takes centre stage in this drama: the community shaping force of architecture that can take this drama to its denouement.

Building for the community and building the community are parallel processes. The latter started with the private master classes, continued with the Visegrád camps, the teamwork with urban revitalization plans in the 1980s, the launch of his own architect office, then with organizing the Károly Kós Association and countless other organizations, each of which represented various circles of society, e.g. the Hungarian Academy of Arts.”

“It started with me and two associates establishing a so-called “economic association” [a form of small enterprise tolerated in the late years of the socialist era] and there was not a single young person in that group. Around that time, we were busy with the Visegrád camps. Since ten to fifteen of the Visegrád camp students worked through a professional construction project, and they attended the summer camps over three years before that, I subcontracted some of them for the structural design of my private assignments.

Then one day they showed up and said they wanted to work for me. I told them it would not work like that. Establish your own independent “economic” and start working there. Maybe I will be able to give you assignments, maybe not. Then this working relationship happened to become increasingly intense. They were kind of competing to get a chance to work at Lánchíd utca (the first Makona office) because they enjoyed being there. They could get an insight into how I negotiated and the relationship I had with clients. Then Ervin Nagy complained about how small that space was and that meetings were going on all the time, that one could not work properly there and the rooms were jam-packed with people. He said I should take a large office where the young architects can be around, where we could have a proper workshop with normal relations. In short, the two economic associations merged, I established a “small cooperative” and (at Rumbach Sebestyén utca, this was the second Makona office) I rented out this office space. By then these young kids knew how I expected my associates to work, what conditions applied.

They fought their fights with me because some of the architects were extremely individual characters and they wouldn’t even think about designing in the Makovecz style. Nobody came to work here who did not like this. Anyone who had a problem with my behaviour, work style, the way I did business or with the whole thing did not stay. Those who worked here could not agree to go out on site and sleep in a sleeping bag somewhere, because they represented a legal entity: they had to behave like architects and be a counterpart for directors, council chairmen and party secretaries. They could not allow themselves to go on a site visit and agree to sleep in the hallway.”

“The Károly Kós Association was indeed organized bottom-to-top, created on a private initiative. It is an Alliance, a Free School, a Master Club and Entrepreneurs’ Club. It is really a national organization because it was founded by three Budapest-based and four countryside small cooperatives. They have a coherent interpretation of the existing reality in Hungary.” – says the first issue of Országépítő in 1990.

The ORSZÁGÉPÍTŐ periodical was launched by the Károly Kós Association in 1989, with the first issue published in the summer of 1990. The publisher was the Károly Kós Foundation, acting on behalf of the Association. The objective of the periodical was to present the accomplishments of Hungarian organic architecture and of the various areas of organic, holistic and vertical thinking. Published articles relate to significant but little known achievements in Hungary’s cultural history, international accomplishments of organic architecture, the spiritual interpretation of contemporary history and a comprehensive approach to environmental problems. The annexes to the periodical provide room for a more extensive elaboration on specific topics and the application of graphic design that matches the quality of contents. The founder and editor-in-chief is †Imre Makovecz.

“This architect school is an unofficial post-graduate course where freshly graduated young architects can learn the practical tricks of the trade while working with masters. In theory, during the six semesters, students have an opportunity to gain insight into the work of six architect offices. To some extent, this resembles the how young artisans served their apprenticeship in medieval times. In addition to that, they also take part in theory classes, design tenders, excursions. The course is finished off with graduation where the graduating architect presents a building designed by him to a panel of masters. The building should be either ready or under construction.”

“Students of several years gathered in the camp. They built structures and listened to what Imre was saying and this driving force was attractive even for those who did not fully agree with his views. The camp was continued for over 20 years, always with a different team, and participants changed every 4-5 years. The location was devised by Makovecz. What is interesting, and I only realize it in hindsight, is that he actually devised and arranged the camp in the background without us really noticing. He organized everything.

The other magnet was Imre’s personality. It was very attractive to meet a good and open-spirited man; among ourselves we called him the Magician. He always had something good to say about designs, about life, and he mediated a very different world, something that we never experienced before. He opened a gate to the world and we realized that we had been locked up before and now we could go out and look around out there. Imre did not interfere with the specific organization and life of the camp, but now I appreciate that he’d thought about, and carried out, the necessary background organization work. Once he said that the purpose of the Visegrád Camp is to teach people not to hit others in the back with an axe. So simple. And indeed, with joint work, we had to pay attention to each other and everyone’s personality surfaced; there was no way to hide. There was meaningful and specific work, and human relations and kind of a drama were happening in the meantime. Without us knowing it, we became part of an inauguration process.” 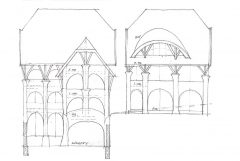 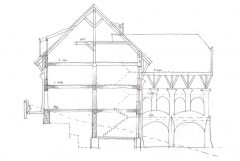 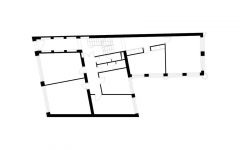 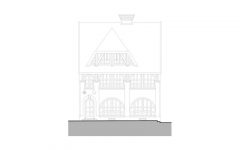 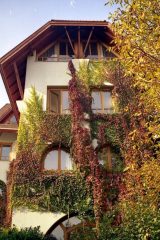 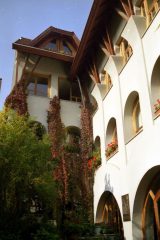 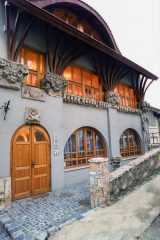 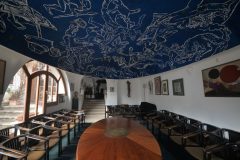