One of the biggest environmental disasters in Hungary’s history took place in October 2010, when the Northwest corner of a reservoir dam collapsed at an aluminium plant in Western Hungary, releasing one and a half million cubic metres of alkaline-caustic red sludge that flooded the lower areas of three nearby villages.

Ten people died, the homes of 330 families were destroyed and major damage was caused to nature in the surrounding areas. In the wake of the disaster, the government of Hungary funded the construction of new houses for those who had lost their homes in the catastrophe. In total, 87 new detached houses were built for the families concerned.

The layout of each new building was customized to the unique needs of their would-be dwellers and the designs reflected local architectural traditions. Each house has a unique façade, thus no two buildings in the villages look identical. The ancillary buildings were constructed with the help of charities, using donations and the labour of local inhabitants. Implementation took a coordinated work effort of nearly 1,200 people. (Makovecz II, epl Publishing House, 2015)

The task of the chief architect is to help the clients and convince them that they should shape their built environment in a manner that relies on local traditions while also observes the spirit of the locality and practical considerations, thereby reviving the elegance of the settlement. This approach and its story, dating back to a quarter of a century ago, now come to fulfilment here, on the land hit by the red sludge flood.

The Master is walking down the dusty village road, but he already envisages the white facades and fences lining the street. He already hears the laughter of children and the crowing roosters. He also hears the wings of the saving angel in the noise of construction, which always embodies the presence of a majestic being, that of joint will and creation… (Makovecz II, epl Publishing House, 2015) 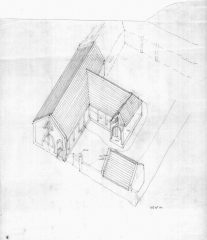 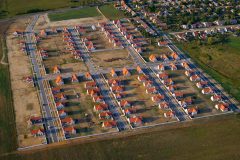 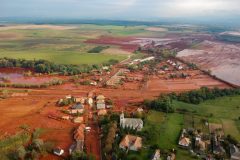 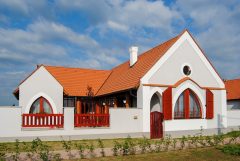 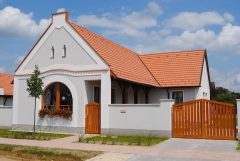 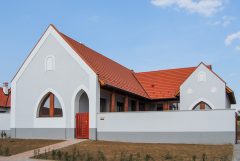 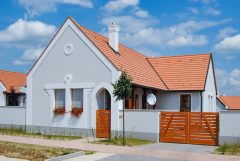 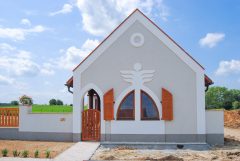