“The core function of the house is to give visitors to the trekkers’ centre an opportunity to consciously connect with nature. Here they are introduced to herbs (from which they can also make tea), to mushrooms, to animals, and to the forest itself; the centre will be equipped with a library, a slide and video collection, and other features. This house strives to raise people’s awareness of their relationship to nature. The building itself is a hill house, as if it were emerging from the ground, ripping the soil apart, covered with brass scales. Under this earth and metal cover, topped with a crown, stands a superimposed double cupola supported by twelve columns, whose capitals are inscribed with the signs of the Zodiac. The building is orientated such that the axis of the two main entrances points at the rising Sun on 21 March and the oculus can function as a sundial. Carved eagles hold the gates and the Sun shines through the oculus, stabilizing and indicating the position of the land in passing time. The reason I like this house is that it expresses everything that I could call a new thought, or anything that I added to architecture in fact, fully and without the impact of any withholding forces.”

Designing buildings at Visegrád was a significant milestone in Imre Makovecz’s architecture. These works herald a series of designs that resemble creatures: it is here that the architect embarks on a new approach, moving from the anthropomorphic designs of his early years, now using subjective sculptor’s tools for zoomorphism. Such new solutions included shingle cladding but also the one-to-one application of terms in the ancient layers of the Hungarian language that refer to building elements and some sort of creature-like form therein.

This endeavour to objectivise the anthropomorphic is present in the designs created in this era and thus it also appears in the carved eagle gate wings of the Forest Culture Centre, the final building in the Visegrád-Mogyoró Hill series.

A new thought that appears in this building is the midnight Sun motif, the force breaking out from below the ground. “It is about the life-giving source of light that glares in the centre of the Earth since the Redeemer descended to the inferno, since the redemption of Cain. Depending on our fate, it shines through the Earth’s crust, as our task since Redemption is to create a new Sun and a new Sky. As it did in 1956, the midnight Sun has glared through Eastern Europe this year as well” – wrote Makovecz in 1989. With its top a shining gold colour, the building seems to emerge from the ground. However, it is connected to the sky right at the moment of its birth: it appears to raise the natural ground as the lawn runs onto it. The ring of pillars separates the space of a semi-globe and a semi-torus that embraces it, or, more accurately, it creates unity between the inner space and the corridor around it, enabling the separation of spaces as functional needs demand.

A shape that breaks out from the ground and resembles a pure and magical form of nature, a clearing surrounded by trees, is a recurring motif in Makovecz’s subsequent works. It represents a future impulse contrasted with the dark forces of the past and their impacts. In other words: these designs contribute to what Makovecz regarded as mankind’s occult and everyday task: to lift the midnight Sun from the depths of the Earth.

The grass-covered ground fill that surrounds the buildings is an architectural solution present throughout Makovecz’s oeuvre. It preserves the Earth-linked character of the substructure. The hill-house unites this character with the sky, since the midnight Sun impersonates the sky character under the ground that emerges there and takes shape where sky and earth meet. Indeed, this is the essence of all the cupolas Makovecz designed. 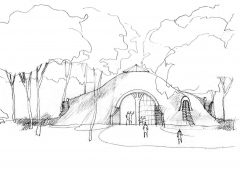 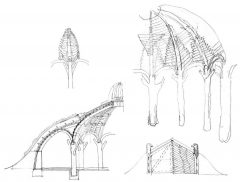 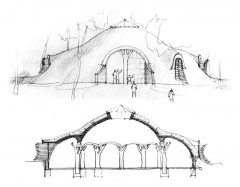 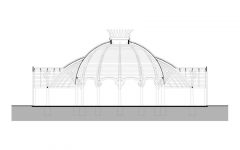 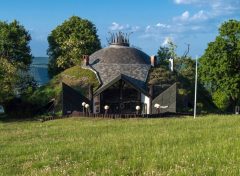 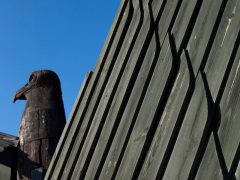 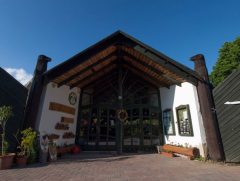 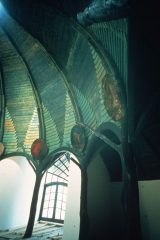 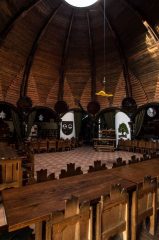 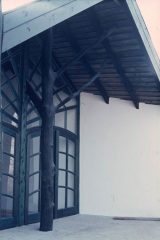 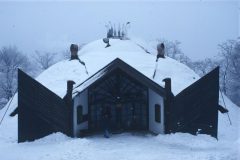