The round-shaped chapel standing on the St. George line is an ancient form in many ways. Its essence is identical to that of the light churches of the Árpád era. The altar starts out from a rectangular shape on the ground, then, as it rises to the sky, it ends in a circle of universality. The memory of our ancestors in Pilisszántó is cherished by the stoop built into the altar, which was part of the old mortuary for generations. Mourning relatives plunged a rosemary sprig into it and sanctified the deceased before the coffin was closed. The oculus in the cupola resembles the Pauline stone with an engraved cross that was found in the village. The statue of the Blessed Virgin Mary in the chapel facing east is dressed by the light of the rising Sun. The sculpture was made by László Péterfy.

On the initiative of the local faithful community, the Blessed Virgin Mary chapel of Pilisszántó was built by locals and our roving architect students from limestone taken from the nearby quarry. They used the quarry because it was there. The chapel is facing east. When it was completed and we put in [the statue of] the Blessed Virgin Mary, people saw that Mary’s eyes glowed in the rising sun. László Péterfy built glass balls into the sculpture he created. As people were praying there, they suddenly had the feeling that there must be some sort of a connection between the place and Csíksomlyó. Two women set out to make the journey to Csíksomlyó on foot. I do not know how long it took for them, but they got there and at dawn on Pentecost they were waiting for the rising sun together with the Saint’s-day crowd. They were waiting for the apparition of the Blessed Virgin Mary dressed in the sun. In their faithful eyes they took there the vision of the Pilis creation. 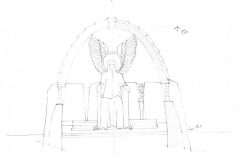 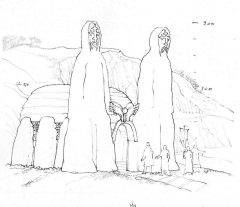 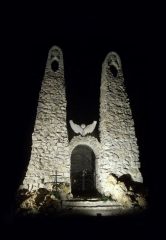 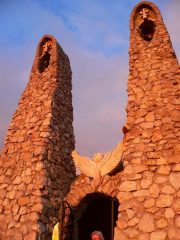 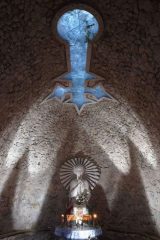 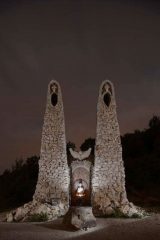 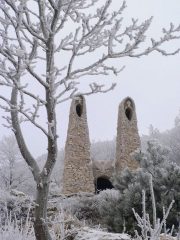 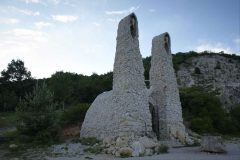 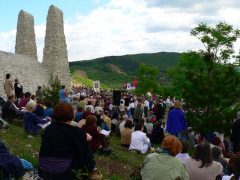 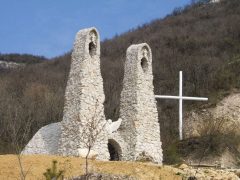 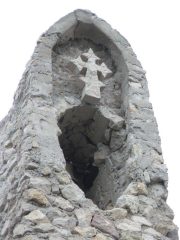 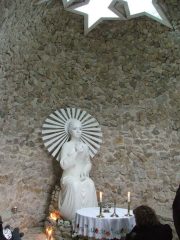 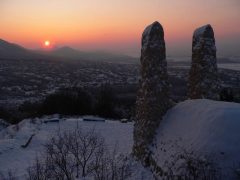 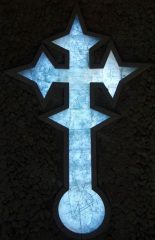