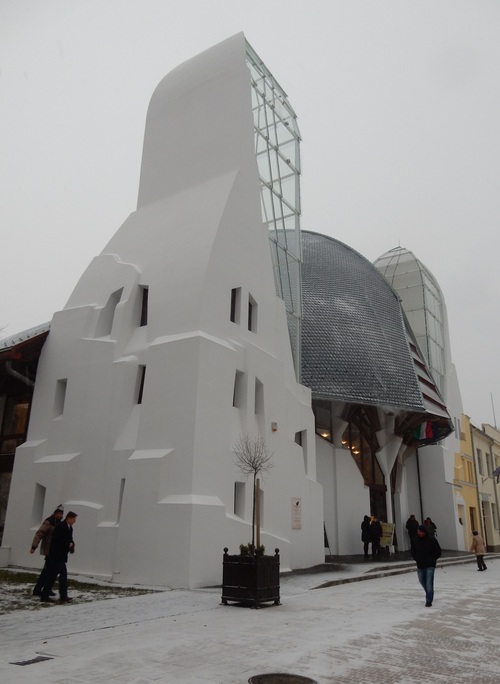 At Makó, the refurbished Onion House was reopened to the public in an official ceremony. Refurbishment was carried out with support from the Ministry of Human Capacities, using resources of the Imre Makovecz Fund. At the ceremony, speeches were delivered by Member of Parliament and Minister for the Prime Minister’s Cabinet Office János Lázár and Makó mayor Éva Erzsébet Farkas.