From June on each month’s first Monday is a time for thematic lectures under the name Makovecz Café for the visitors of the Makovecz Center and Archives. Within its framework both experts and laymen can get closer to the work and spirit of Imre Makovecz.

On the first occasion Ybl-prize winning architect and former Makovecz student Lőrinc Csernyus spoke about oriental influences that heavily affected the work of Imre Makovecz, and the results of their translation into architecture. 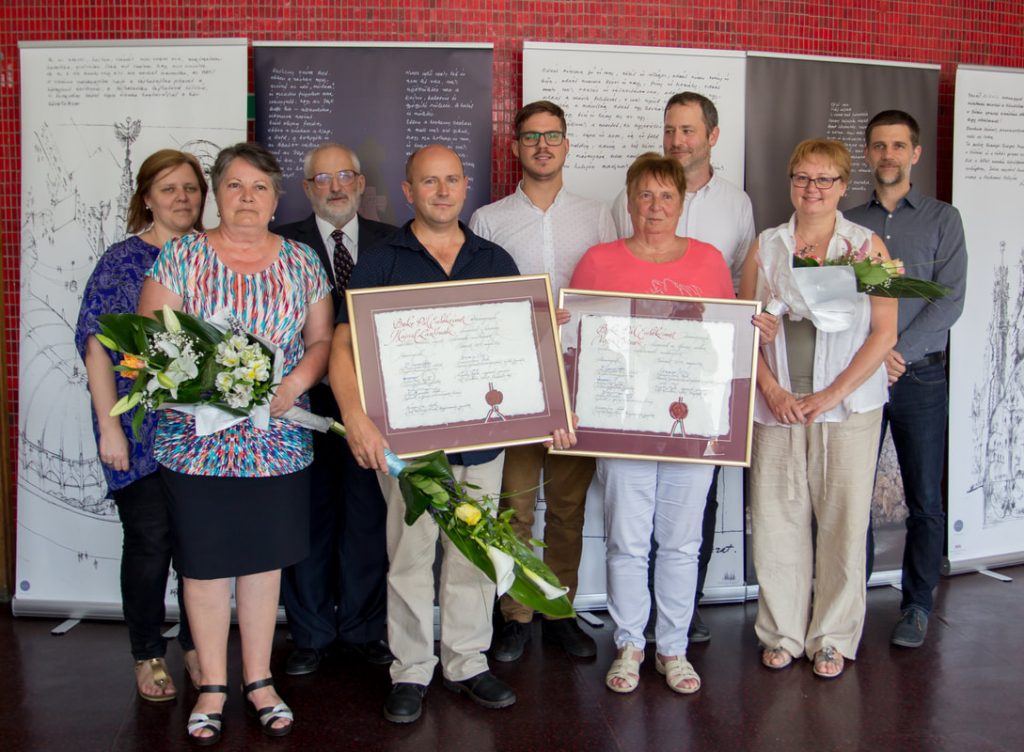 The founders of the Pál Beke Memorial Title held a conference titled “In search of dignity” at the TIT Studio Association’s building. The purpose of the conference was to discuss how community spaces and educational spaces  and institutions can respond to and meet today’s challenges and how future professionals can be trained for all this. Out of the many aspects and considerations of the social and economic environment, three were scrutinized at the conference: information society and the development of information technology; the position and opportunities of youth; and social inequalities and the barriers to social mobility. The conference began with presentations by the researchers of unique topics. Then workshops were held where participants were seeking answers to how community and educational spaces and institutions can utilize opportunities presented by the above and how they can counterbalance problems deriving from them at the personal, community and social level. The conference ended with the delivery of this year’s Pál Beke Memorial Titles.

As a side event to the conference, a small exhibition was staged showcasing selected works of Imre Makovecz.

For further details of the event, please visit to: Conference

After St. Petersbourg, the exhibition titled “Connecting Sky and Earth” was opened in Chelyabinsk. In a similar approach to the former editions, the exhibition presented the oeuvre and key life events of the Kossuth-prize winner architect, founding chairman and honorary chairman of the HAA Imre Makovecz using scale models, photos, drawings, writings and personal objects.

The exhibition was staged at the South Uralian Historic State Museum. At the opening ceremony, the audience was addressed by Vladimir Bogdanovsky. director of the Museum and first class counsel to the Hungarian Embassy in Moscow; by Anita Hegyi, director of the Hungarian Cultural Institute in Moscow; by Hungary’s chief consul to Yekaterinburg Sergei Szűcs; and Viktor Loschenko, honorary consul to Chelyabinsk. The curator of the exhibition was Lőrinc Csernyus who also held a guided exhibition tour for attendees.

Exhibition titled “Connecting Sky and Earth” opened at the Repin Academic Institute of Fine Arts. The opening ceremony was attended by a delegation of the Hungarian Academy of Arts (MMA) lead by Secretary General dr. Tamás Gergely Kucsera who later held talks with CVZ Manege director Pavel Piraga; acting chairman of the Culture Committee of the City of St. Petersbourg Fedor Boltin, and Repin Academy Deputy  Chairman Andrei Sklyarenko. Prior to the opening ceremony, architect and MMA corresponding member Lőrinc Csernyus gave a lecture on organic architecture and about  Imre Makovecz at the Architecture Faculty of the Repin Academy, to a full house packed with architecture students. After the exhibition, Lőrinc Csernyus held a guided tour of the exhibition. The exhibition was staged in a joint effort of the Hungarian Academy of Arts, the Hungarian Embassy in Moscow, the Hungarian Cultural Institute in Moscow, the Hungarian Consulate in St. Petersbourg and the Repin Academy, with the kind support of Richter Gedeon.